Agriculture is helping to save the world—But not how you’d think.

Previous Next
Agriculture is helping to save the world—But not how you’d think.

Imagine Coke and Pepsi exchanging recipes. Picture Samsung and Apple coming together to share their intellectual property and ideas for the future of mobile technology.

On the surface it may seem unthinkable for competing industry giants to pull back the curtain on some of their most proprietary knowledge and solutions in the name of collaboration. But right now this very scenario is taking place among five of the world’s leading crop protection companies in a joint effort to help make the world a better place.

It’s called ZERO by 40, an unprecedented initiative that unites some of the agchem industry’s foremost innovators—BASF, Bayer, Mitsui Chemicals, Sumitomo Chemical and Syngenta—toward the common goal of helping to eradicate malaria through vector control (the controlling and killing of mosquitoes) by the year 2040. 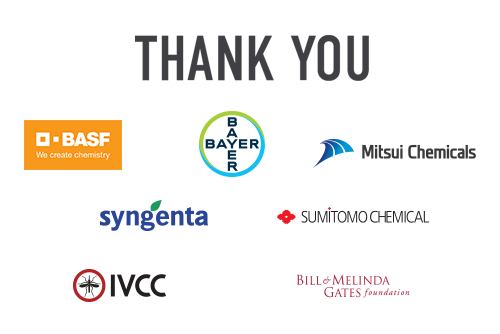 Malaria is a parasitic disease transmitted to humans and other animals by mosquitoes and has an enormous global impact even to this day. In 2016, malaria was responsible for 445,000 deaths and is one of the top four causes of poverty in Sub-Saharan Africa. Eradication could mean millions of saved lives and trillions of dollars in global economic impact. And ZERO by 40 was created because its member organizations believe that together, eradication is possible.

For the past ten years, the ZERO by 40 initiative’s partner companies have contributed greatly to the fight to eradicate malaria. Their unparalleled knowledge and advanced technologies in the field of vector control have brought about unique chemistries that are being used in bednets and indoor residual sprays to help eliminate malaria-carrying mosquitoes. But there is still much work to be done. 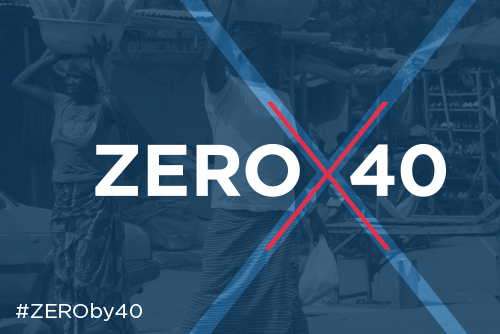 So on April 18, 2018, in collaboration with the Bill & Melinda Gates Foundation (BMGF) and the Innovative Vector Control Consortium (IVCC), the founding crop protection companies publicly declared their intent to join forces and accelerate efforts toward the goal of eradication with the announcement of the ZERO by 40 initiative at the Commonwealth Heads of Government Meeting in London. In a formal declaration, the collective organizations announced their commitment to work together to research, develop and deliver innovative vector control tools to help end malaria for good.

IVCC has been working closely with C.O.nxt for over five years, first through the development of individual efforts by leading agchem companies and now through the strategy and initiatives that led to ZERO by 40. With collaboration and support from long-time funders the Bill & Melinda Gates Foundation, what was once an idea was launched into action. And when it became time to announce their commitment to the world, C.O.nxt led an end-to-end, comprehensive branding effort of the initiative, giving the partner companies a powerful banner under which they can share their one-of-a-kind CSR stories with internal and external audiences.

A partnership like this, where industry competitors come together to share ideas for the greater good is practically unheard of. The fact that this collaboration could quite literally help change the world makes it even more special.

You can learn more about the fight to beat malaria, vector control and the Zero by 40 initiative at Zeroby40.com. You can also follow ZERO by 40’s story at facebook.com/ZEROby40 and on Twitter @ZEROby40.

Get a snapshot view of ZERO by 40: What it is, why it exists and how it’s helping to change the world. 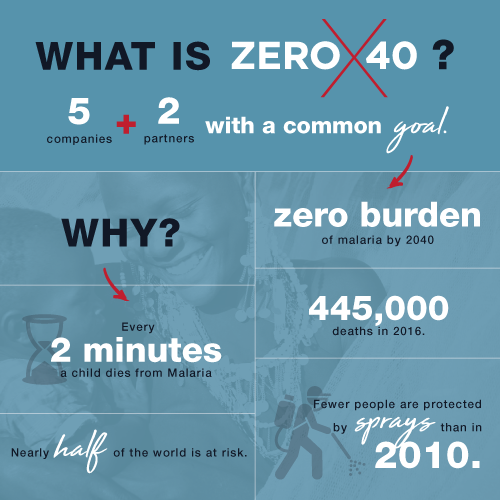