Look on the bright side: Bright spots in food and ag from 2022.

Previous Next
Look on the bright side: Bright spots in food and ag from 2022

2022 was a year of highs and lows and—like every year—we often focus too much on the lows and overlook the highs. As we begin the new year, let’s take a moment to shift our perspective and appreciate the innovation, advancement and good that came out of 2022.

USDA Invests in a Better Future.

The USDA made several big investments in 2022 that will help usher in a more sustainable future. In September, USDA Secretary Vilsack announced that the USDA was awarding $2.8 billion to 70 different projects as part of its Partnership for Climate-Smart Commodities program. In December, Vilsack also announced USDA is investing $285 million in critical infrastructure to lower energy costs, expand access to clean energy for people across rural America and combat climate change.

The USDA awarded $2.8 billion to 70 different projects as part of its Partnership for Climate-Smart Commodities program.

Food manufactures and brands are also working to drive change across the food system. When we attended the Sustainable Ag Summit this past year, brands large and small were present to advance initiatives to secure a more sustainable future for our people, planet and communities. We’re excited to see how organizations across the food system will make a difference in 2023!

The number of workers employed directly by farms and ranches was up 2% from 2021 and average gross wages in agriculture rose 7% in 2022.

Farm Labor and Wages on the Rise.

Labor in agriculture has been another hot topic—and while it’s easy to focus on the labor struggles many have been facing, there is reason to celebrate. 2022 showed more people being hired into the farm workforce than past years. According to USDA, the number of workers employed directly by farms and ranches was up 2% from 2021, and average gross wages in agriculture rose 7% in 2022.

In addition to the USDA investing in a more sustainable future, data showed farmers around the globe continued to make sustainability and conservation practices a priority in 2022. Carbon capture and storage (CCS) efforts, such as no-till and cover crops, have been on the rise. This past year, the use of cover crops reached an all-time high. The Ag Economy Barometer reported 57% of its respondents used cover crops on at least some of their land, up from 52% in 2021. Satellite data also confirmed that over the course of the past decade, farmers growing corn and soybeans in the U.S. Midwest increased their adoption of cover cropping fourfold.

As part of the Partnership for Climate-Smart Commodities, the USDA also highlighted five projects that showcase the potential for a broad impact on carbon sequestration. The five projects include The Climate-Smart Agriculture Innovative Finance Initiative, Scaling Methane Emissions Reductions and Soil Carbon Sequestration, The Soil Inventory Project Partnership for Impact and Demand, Developing Climate-Smart Beef and Bison Commodities and Traceable Reforestation for America’s Carbon and Timber.

While plant-based alternative proteins struggled in 2022, other forms of protein made strides! The FDA approved the first genome-edited cattle for use in meat production. These cattle were created using a genome-editing technique called CRISPR and were bred with climate change in mind. The cattle also have extremely slick, short hair, which is said to help the animals cope with hot weather more effectively.

Cultivated meat (lab-grown) also had a strong year, with the category receiving its first piece of U.S. regulatory approval in November. The global cultivated meat industry is currently backed by more than $2 billion in investments, and this first regulatory approval brings lab-grown meat one step closer to U.S. consumers’ kitchens. While the plant-based product growth rate has decreased due to supply chain issues, higher prices, health benefit questions and market segment saturation, innovation continues to happen in the space. At the Institute of Food Technologists (IFT) FIRST this past summer, we were able to try different types of alternative proteins at nearly every booth.

DEI Continues to Expand Across the Food System.

Diversity, equity and inclusion (DEI) efforts have been on the rise, and we love to see it! In 2022, many organizations across the food system made new commitments to their DEI journey. The USDA released its strategic roadmap for increasing DEI, furthering their commitment to DEI in the agriculture industry. At C.O.nxt we launched our inaugural DEI Committee who have been working diligently to expand our own initiatives. We recently hosted an ESOP Month DEI panel with experts Ryan Goodman, Nelson Parrish II and Sherri Dublin, and continue to assist clients with their DEI efforts.

With 2023 already in full swing, we’re excited to see how our food system friends continue to innovate and take the industry to new heights in the new year. Our team of farm kids and foodies is ready to spark new ideas and execute solutions for any strategic marketing and communications challenge. Contact us as your needs arise. Cheers to the new year!

Our team of subject matter experts focuses on food and agriculture—farm field to processing to entrée on a plate. We can help you build a new brand, protect an old one or target customers to foster sales. Let’s talk when the time is right to handle your next strategic marketing and communications challenge: Marcy Tessmann, marcy@co-nxt.com. 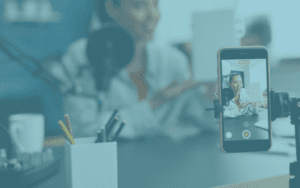 What do short-form video and brand authenticity have in common? They both deserve a spot in your marketing strategy. Discover more in this State of the Plate.