The secret—and threatened—angels of food production

Previous Next
The secret—and threatened—angels of food production

4 Things to Know About Honeybees and the American Food Supply.

They dance when they find new food sources, they sting when they feel they’re in danger—and they help keep the human race nourished. Honeybees are hidden heroes in the food supply chain, working undercover to provide pollination to 70 staple crops that humans consume. Unfortunately, these creatures are facing threats that endanger not only their survival, but also the future of agriculture. Here’s what you should know about honeybees and their impact on food:

1. They (and other pollinators) Keep Us Nutritiously Fed.

Worldwide, about 1,000 plants grown for food, beverages, fibers, spices and medicine need to be pollinated by animals and insects to produce the goods we humans depend on. This means about 1/3 of the foods we consume regularly are assisted by or depend on pollinators. Some plants naturally wind-pollinate or self-pollinate, but are given yield boosts and provide additional food with insect pollination.

Pollinators like bees, butterflies, moths, birds and bats are responsible for allowing us to enjoy the essentials, like coffee, chocolate and tequila. These creatures transfer pollen, which leads to fertilization and ensures that a plant will produce a full-bodied fruit and full set of viable seeds.

There are a few crops that wouldn’t even exist without the help of pollinators. Almonds, for example, depend solely on bee pollination. Some other foods we would be short on without these creatures? Blueberries, melons, peaches, potatoes, pumpkins, vanilla and apples are all crops that use insect pollination to produce a healthy crop.

2. They Work Together Better Than We Do.

Imagine living in one house with 59,999 of your closest friends. That’s a bee’s life for you. These social creatures have advanced levels of organization and seem to work together quite well. A healthy hive revolves around one reproductive female, the queen, and consists of many overlapping generations. Younger bees tend to the queen and the older workers forage, construct wax cells, convert nectar into honey, clean cells and guard the hive. Foragers are able to communicate to others precisely where food supplies are once they find them. 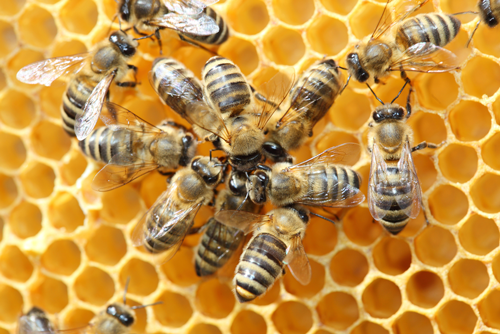 Well, if they actually got the wages for their work, they’d be wealthy. According to the Natural Resources Defense Council, bees are responsible for pollinating $15 billion of U.S. crops every year, more than pulling their weight for the American economy. When broken down, this means that bees make $500 every second of the year. This doesn’t even count the contribution that honey production plays in the economy, which adds an additional $150 million to their paycheck.

4. They’re Threatened by a Mysterious Problem.

Back in 2006, bee colonies started randomly dying. Worker bees would disappear from hives, leaving the queen and a few stragglers to tend to an otherwise healthy hive. Soon, without all contributors there to support it, the entire colony would collapse. From 2006-2008, nearly 60 percent of colonies were destroyed by this mysterious plague known as colony collapse disorder. The phenomenon is still happening today—though it appears to have lessened a bit, with about 30 percent of bee colonies lost each winter. The cause is still unknown and being researched, but it is thought that there are many contributing factors, including climate-change, reduction in habitat, drifting pesticides, parasites and infections. 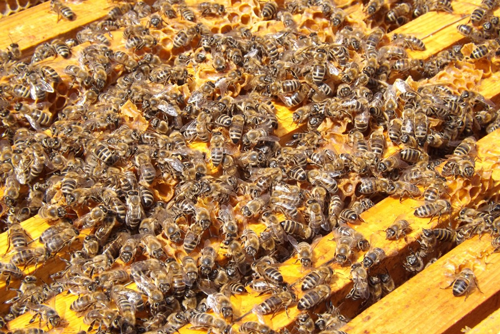 At C|O, we realized how difficult it is to keep bees and produce honey when we established our own hive in 2013. The struggle to keep it functioning only reinforced our commitment to be involved in all parts of the food system as we help brands—big and small—tell their story in ways that drive success. Let’s talk about how our team can help yours make an impact. Contact Mark Gale at mgale@co-nxt.com or call 262.563.5100.